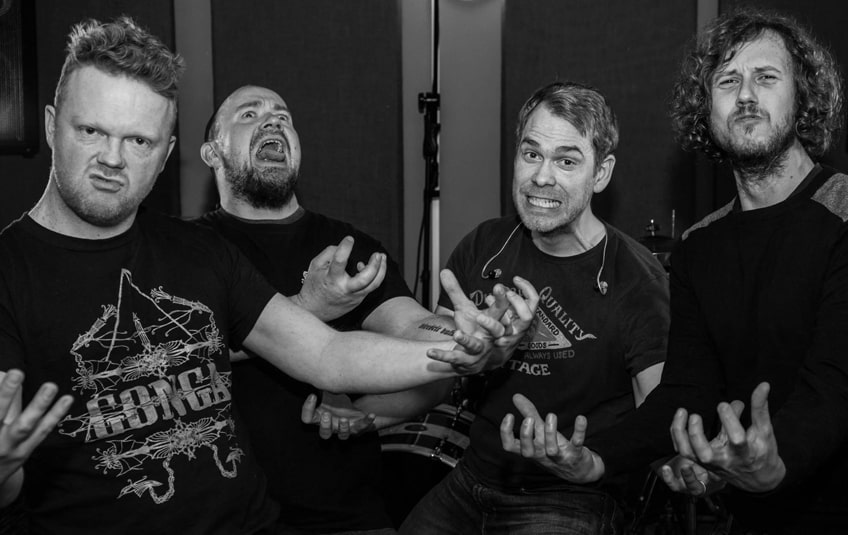 We send you into June with an irrepressible metal sound, which is not only an ideal start to the summer, but also brings classic metal into the modern age. On 3 June, Sergeant Thunderhoof will release their long-awaited new album „This Sceptred Veil“, which we will introduce to you today.

Their music would never have come about if the individual members had not - we could also say God willed it - come together at a first jam session in 2013, where they discovered their shared preference for a dark, groovy and earthy metal sound. All of them had previously played in other bands and had their experiences there. In this constellation, they realised how strongly they harmonise with each other, resulting in the material that can be heard on their first EP „Zigurat“ .

Since then, some time has passed and the band released three works, a live album as well as many more pieces, steadily growing their fan base. Now, with their latest album „This Sceptred Veil“ , they bring back their old familiar sound and not only pick up on the energy of the predecessor, but go one better.

Also Sergeant Thunderhoof was thrown off track by the pandemic and the band had to rethink for a while. At the end of 2020, the band decided to continue doing what they love best. Music. All the riffs and ideas were collected, which started the work on a new album. Luckily, „This Sceptred Veil“ is surely only the beginning of a successful career.

In „This Sceptred Veil“ the band talks about feelings of fear or paranoia that they had to face due to the pandemic and pack these emotions into nine selected songs. It is a themed album that speaks to these, also about the former South West England. Singer Dan tells:

"I decided early on that I wanted to explore the rich history of our surrounding area in the South West of England, whilst incorporating the story of ‘The Sergeant’ which we have been cultivating since the very start of the band. Right from the debut record ‘Zigurat’ I was keen to introduce the idea that the name of our band represented a mythical, time travelling figure which could help inspire new ideas and themes. When the Pandemic hit, it forced me and my family to make more use of our immediate environment, and we are so lucky in our part of the world to have such amazing history and sights on our doorstep. I researched many mythical, semi-factual stories regarding the ancient history of England (Avalon), amongst some fantastical tales revolving around the idea of the Biblical figure of Christ."

Rough and energetic, their latest album invites you to switch off. Between classic metal and progressive rock, Sergeant Thunderhoof create their very own genre and create a sound that they call their own. Very distinctive are especially the guitar solos, the changing play of the bass, the complementary sound of the drums as well as, the slightly gloomy sound that accompanies each of their songs. Especially those of you who like the former should not miss this album. Adding to this combination is the voice of Dan , who complements it with his smoky voice to create an expressive metal sound.

We can only recommend you to listen to the band's new album, which will be released on Friday. Our insider tip of the week!