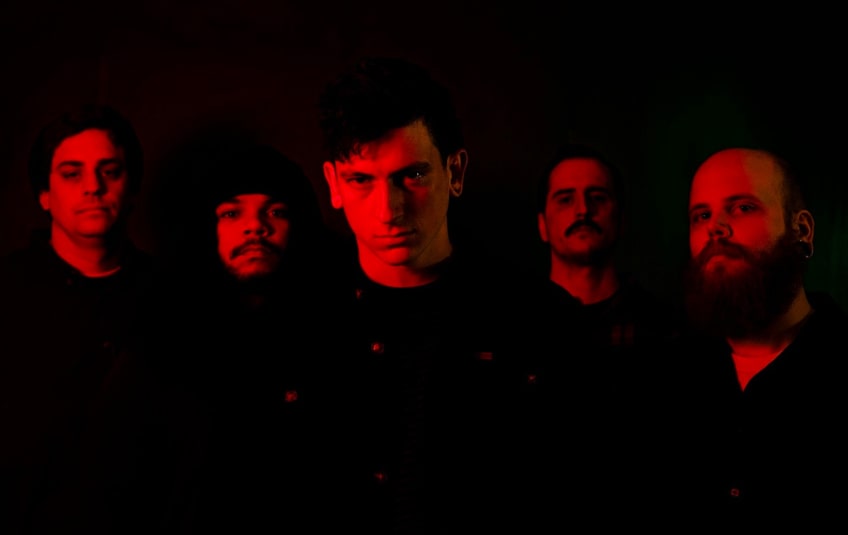 Posted by: From the editors 156/ Silence, Reviews No Comments on 156/Silence veröffentlichen authentisches neues Werk “Narrative”

156/Silence are back and stronger than ever. With a concentrated load of their unmistakable sound, nothing seems to stop the band and they let their rage out in "Narrative" . My Immortals, sit down and listen, because the band has a lot to tell.

156/Silence hails from beautiful Pittsburgh and formed in 2015. Initially started as a side project, this became a full time endeavour with the aim of shaking the basic structures of metal. New influences from their previous projects flowed into the creative process, which gradually pushed the band in a heavier direction. Honed by albums like "Irrational Pull", their style formed into an authentic sound, which in "Narrative" unfolds its full potential.

“‘Narrative’ to me is our most cohesive album to date and I’m extremely proud of what we’ve created. It was written almost directly after Irrational Pull during the pandemic during a time where we didn’t know what the future of this band would be. We just wanted to experiment and write something different than what we had done before.”

“Narrative"is on a different level of heaviness, which literally pours out in the individual songs. Deep sounds create a gloomy atmosphere that accompanies you through the album and is shaken in between by slight glimmers of light that express themselves in the changing melodies. 156/Silence play formally with melancholic and harmonic sounds, which bring variety into the aggressive hardcore sound. Especially songs like "Stay Away" reminds me of bands like Architectswhich is why fans of this band in particular should listen to the new album.

To their musical ability, which is on a very high level, the band holds with "Narrative" holds up a mirror to society and points out what we don't see. Mistakes we make and what we should change. Singer Jack tells:

“We’re all at fault for the way things are. Years of turning blind eyes and pointing fingers at each other’s defects. Wondering how we got to this. Hell isn’t hot enough.”

Their new album is both self-critical and musically strong, but at the same time gives space to celebrate their sound: 156/Silence publishs with "Narrativea versatile album, which we can only recommend to you.